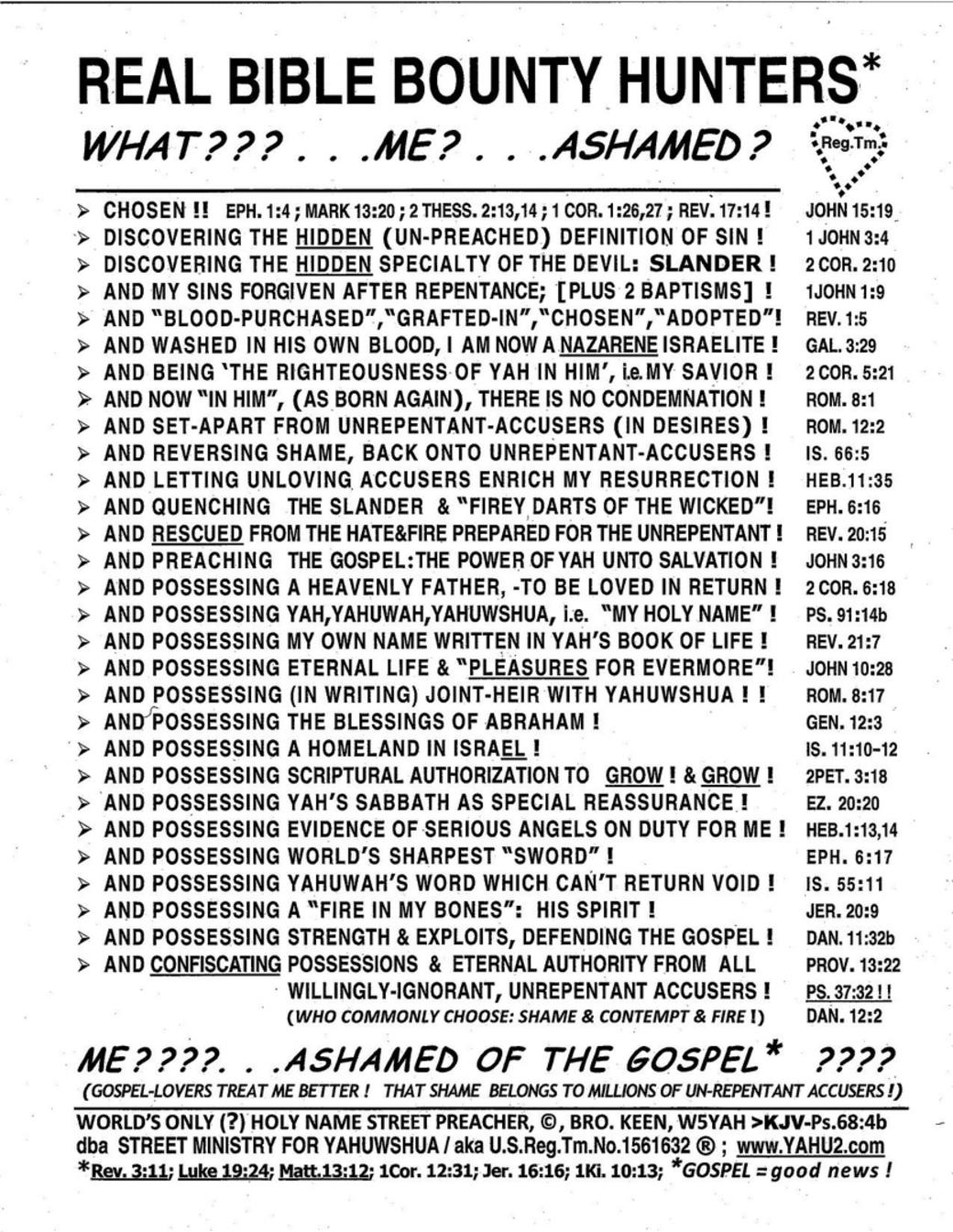 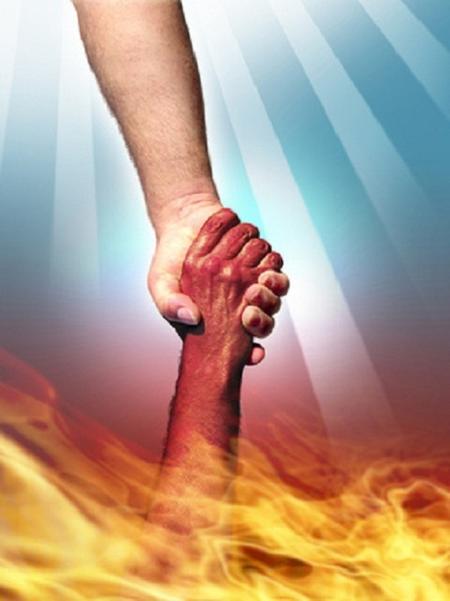 
THE NAME ABOVE ALL NAMES !*

That top name on the page of THREATS is the signature of Elohim Almighty in Paleo-Hebrew !
He wrote it eight times in the Ten Comm., and eight more in the replacement copy.  Deu.10:2
His Name YaHUaH appears nearly 2000 times before Jerusalem appears in our O.T. (TaNaK).
That alphabet (and signature "tetragrammaton") was used in Israel, from Moses to Solomon.
Then, Israel got marched to Babylon which mutilated Israel's sexuality, calendar and alphabet.
His signature "endorses" the "Spirit of Truth" in this website which strengthens you.  Lu.22:32

That second name is The Son (The Savior) & ("Joshua") using Modern or post-Babylon Hebrew !
The Paleo-Hebrew alphabet version of it is writtten in the TaNaK over two hundred times.

The large Hebrew Names above show giant  RED  letters which:
No.1  Explain an alternate name of this website,  www.YAHU2.com
No.2  Help guide the controversy of pronunciation of  "My Holy Name".
No.3  Are unforgettable reminders to avoid "yeshua" as "My Holy Name".


*   (Literary Restoration is below the the mid-point of this teaching.)    *
YaHUaH's Name above & YaHUaH's flood below, -are "dead serious" !

"A reproof entereth more into a wise man than an hundred stripes into a fool." Pro.17:10
"Dead driftwood" in a river of persuasion disarms itself of protections like Yah's Name.
Sure, "G-d loves you", but you're still going to hell unless you love Him back.
"The natural man receiveth-not the things of the Spirit !"  1Cor.2:14
The only man who escaped the furious fire & brimstone of
Sodom & Gomorrah got mocked like a
Street Preacher. Gen.19:14b


U.S. Voters today would really rather it disintegrate, -than read the Bible.
Their parade of skulls & tattoos taunt Elohim.  Lev.19:28; Pro.1:26
Their disinterest in Him & His Name dares Him to punish.
America's enemies are jealous, seething planners,
busy with plans to make American trash
blow in the wind, Ps.1:4, forever.
Grandkids of American trash
will hate their slavery
and the devious
leaders who
allowed
it.

The giggling/growling unrepentant never suspect that
just below the crust of the earth is a "bottomless pit"
and that there is a Lake-of-Fire, afterwards.


Outside at big crowds, during street ministry, mad people shout & spit.
But they don't know what real mad really is until they meet the Father
whose Son they murdered.


A lie that is told often enough,
becomes "TRUTH" to you with a seared Conscience.

"Easter" Sunday is living proof.
The Torah Calendar (like your Gregorian) prohibits the
same perpetual weekday (Sunday) for your "easter".
( Do birthdays occur on the same day every year?)
The Greek & Aramaic say Passover, not Easter.
"Easter" is a shameful substitute for Passover.

Do you really wannabe part of
this religious beast power?
Dan.7:7,23,25

Pretty war-widows by the millions suspect that :
between the weather and germs and predators and earthquakes,
and tyrants and ungodly teachers and psychotic CEOs and abortion mills
and tooth decay and old age and dope-heads and deliberate lies by news media & politicians,
sin makes this planet a big killing machine.
It is. But before it gets around to you,
you need to be humble & repent and
claim & defend the Holy Truth here.
If this little website seems too stern,
then you wait 'til the King of Kings
looks you in the eye
about His Name.
Just Wait !

Simplification for simpletons:
"He that loveth me not,
keepeth not My sayings."
John 14:24

The humblest citizen in all the land,
when clad in the armor of a righteous cause,
is mightier than all the armies of error !
W.J. Bryan

It's a thrill to know that even the smallest remark by our G-d
has more power & permanence than hordes of mockers.

Yes, . . . You should care that YaHUaH proclaimed His own Name aloud twice in one verse !
Exodus 34:6

No, . . . I/WE  have never met anyone else in these 20+ years who rejoiced & defended
His Name so much as us, from the very first moment of hearing of it.

The greatest assignment on earth was delegated to the meekest man on earth. Num.12:3
Moses led a million Israelite slaves to freedom, and to DECLARE His Name. Rom.9:17
May this lead millions of ignorant "converts" to DECLARE His Name". Ps.69:36
You who diminish His Name, will sure pay attention when
you yourself get diminished by forfeitures.
I sure am glad one of you
spiritual cowards
was not my daddy.