If you venture onto this battlefield, you will need these elementary reminders.
Pastors & Teachers tend to feed the Sheep.   Prophets*** & Evangelists (like us) tend to warn the Goats !
The Goats are identified in Matt. 7:23 by "INIQUITY":
INIQUITY is hostility to those Commandments which continue forever ! !
The Goats won't even care, . . . but,
YaHUaH's Name & Sabbath not only both continue forever, -but
they also both PRE-DATE the Ten Commandments !
-FYI , both are used for perpetual covenants and memorials !  R U LISTENING ?
(If you don't care, THEN you are the real "wise guy", not us ! )
-too bad, . . . . . . Elohim has already said "Jer. 31:33" !)

As soon as the smoke clears and the dust settles and the blood dries,
disposable rebels (Gen.7:23) wander right back to more slop & wallow, ---INSTEAD OF THE BIBLE  !
Disposable rebels (Jn.3:18b) wander from one demon-infested concert to another demon-infested concert.
Would ungodly Americans in a squalid tent city rather be there than read the Bible ?  Sure !  Genesis 12:3a

It's a battlefield, silly, not a recreation room,
It's a fight and not a game !
Sissy if you want to, run if you will,
But His TRUTH came here to stay !   Deu.29:29
("the birds sing and the rats run")
We stay so happy for our-self that we know & care about these things, that . . .
-just as sure as you can't transmute gold back into lead,

we are not deterred or discouraged by anyone else's level of disinterest.
Yet our labors here show that we care & pray for you, freely.


If the REAL BIBLE THREATS here cannot keep your attention, then
you still need little blinking lights and little dancing bares !
In fact, if you "dare" to keep reading you're about to be surrounded by
TRUTH you can never disprove, much-less counter-mand !   OK ?
One minor example:  The N.T. word "saints"  meant & means,  - "Feast Keepers".
It doesn't matter if you don't care:  Truth goes on and on, anyway.   Here's another.
Gabriel announced to Mary about the baby,  Two of his greatest words get wrested (twisted).
He said, in Hebrew,  "YaHUShUA yeshua".   The first is The Name, the second is The Mission.
You Truth resisters (sulking & slanderous) are grossly uneducated about your ancestors.
Your-kind murdered our-kind by the hundreds of thousands during the dark ages.
The "elite" delight in withholding the "Keys of the Kingdom", such as His Name.   Luke 11:52
Our-kind will delight in taking the crowns & wealth from the "elite".    Prov. 13:22b

Jabberface tries to tell me to transliterate Netanyahu into some different equivalent in English.
(You may die dumb if you prefer.  But do you really want to greet The Royal King like some 'ol dimwit ignoramus ?)

"... for there is none other Name under heaven given among men,
whereby we must be saved."
Acts 4:12b (KJV)

"But unto the place
which YaHUaH your Elohim shall choose
out of all your tribes to put His Name there,
even unto His habitation
SHALL YE SEEK, AND THITHER SHALT THOU COME !"
Deu. 12:5  (KJV)


"If My people, which are called by My Name
shall humble themselves, and pray, and seek my face,
and turn from their wicked ways;
then will I hear from heaven,
and forgive their sin,
and heal their land."
2Chron. 7:14    (KJV) 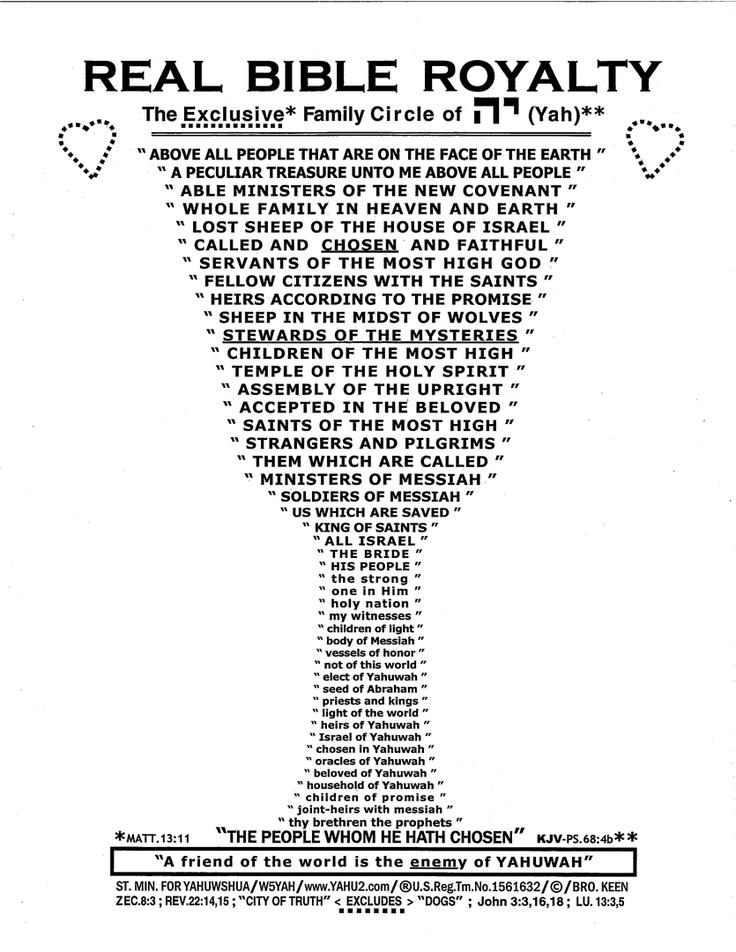 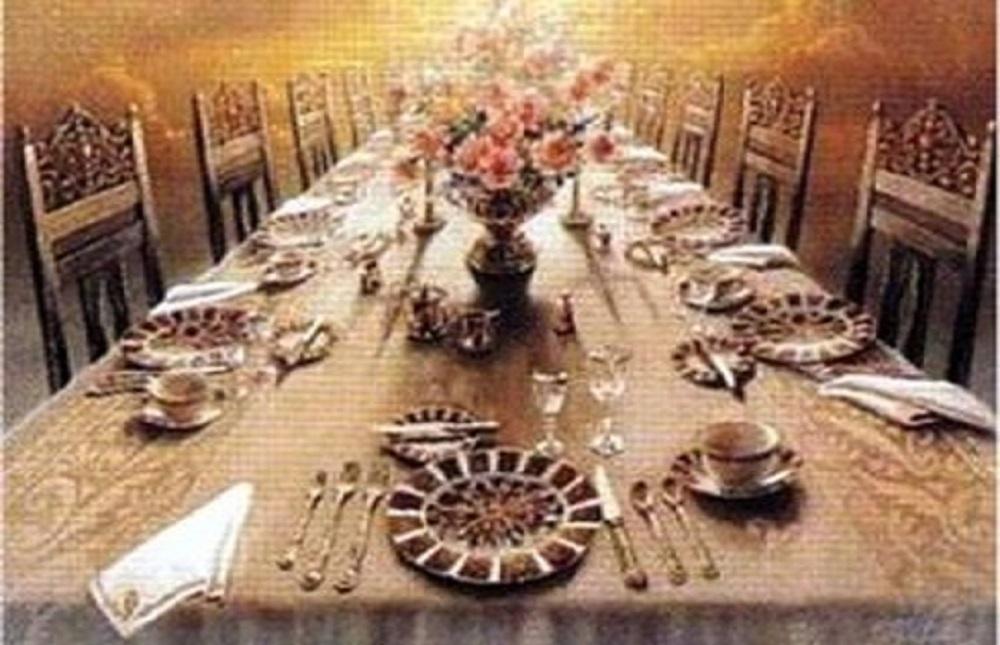 Those red underlines up above on Pilate's signboard all say "YAH", which means: "THE SELF-EXISTENT ONE"!

PILATE'S WORDS (AND PROBABLY A HIDDEN-ACRONYM-INSULT) MADE THOSE HEBREW PRIESTS ANGRY.
THE FOUR-LETTER ACRONYM WOULD HAVE BEEN :  Y-H-W-H or  Y-H-U-H .  ( yod hey waw hey) <<<<<<


THE FOLLOWING DISCUSSION, IS "UNIQUE".

Copies of this signboard by Pontius Pilate are available.  [parchment or heavy photopaper]   [36" x 12"]

As a Roman, Pilate spoke Latin first and also enough Hebrew to rule over YaHUDIM (Jews).

Pilate noticed the great envy of the Priests. [Mark 15:9,10].  Pilate composed a title signboard which
angered the Priests.   Scripture mentions only their anger about the term 'King of the Jews'.

But remember, YaHUDIM (Jews) are such masters of literature that they commonly utilize and
recognize things like gematria, acronyms,  E.L.S., etc. and would immediately see it, if Pilate used a

four-letter acronym like YHWH.    Pontius Pilate probably antagonized them with those four letters.

also admit that neither does the word "JESUS"  appear on the signboard by Pontius Pilate.


BTW:  That word "AND" would have appeared by Pilate (a Roman) as only one Hebrew letter: "Waw".
BTW:  That word "AND"  is often provided in Roman signs.
BTW:   "AND" is a common conjunction for New Testament clauses :  Rev. 12:17 ; Rev.14:12  !
The Late Great Israeli Rabbi Kaduri  used the letter “waw” for AND  in his death-note in 2006 AD.
So, these two serious titles (possibly or probably) formed an acronym by using the conjunction  "AND" !

The Late Great Israeli Rabbi Kaduri  used the letter “waw” for AND  in his death-note in 2006 AD.

We underlined his letter for the word "AND".

TRANSLATION: He will lift the people and prove that his word and law are valid.


He included a six-letter acronym which spelled messiah's name exactly like Moses & I spell it >> YHUSUA !
We've said it before and will say it again . . . the five-letter spelling is equally valid and omits the second  U.
You can go to GOOGLE IMAGES to see the original death-note.   Some photos encircle the acronym.


ELOHIM'S NAME IS SPELLED USING THE LETTER "W".
MOST OF THE WORLD STILL USES THE NON-EXISTENT LETTER "V".
WE DARESAY "NON-EXISTENT" BECAUSE THE SAGES IN YEMEN TODAY SAY SO.
FYI:  THE "V" WAS NON-EXISTENT FROM MOSES TO SOLOMON IN THE PALEO-HEBREW ALPHABET.
SOLOMON ESTABLISHED COMMUNITIES IN YEMEN WHICH HAVE PRESERVED HEBREW PHONICS THE BEST.
HISTORICALLY,  THAT "V" DRIFTED IN FROM THE INFLUENCE OF THE SUMERIANS AND THE ASSYRIANS.
HEBREW/EBER ORIGINATES MOSTLY FROM THE CHALDEE/SYRIAC/ARAMAIC, WHICH USE "W".
THE LETTER "W" REPRESENTS THE 6TH HEBREW LETTER CALLED "WAW".
THE "WAW" ALWAYS PRODUCES ONE OF THE VOWEL SOUNDS.
THE "WAW" MAKES VOWEL SOUNDS LIKE: O,U,W.
IN HIS NAME IT ALWAYS SOUNDS LIKE "UU".

WHEN YOU SEE US SET THE "UW" TOGETHER,
IT IS TO ILLUSTRATE THE CONTENTION THAT
EXISTS BETWEEN THOSE WHO ARGUE THAT
HEBREW IS ALL VOWELS OR ALL CONSONANTS.

WHEN YOU SEE "YaH" vs "Ye" JUST REMEMBER,
"EXALT HIS NAME" CAN'T HAVE IT BOTH WAYS.
IF NECESSARY, WE PREFER TO BE WRONG ABOUT
"THE LETTER", -AND BE RIGHT ABOUT THE SPIRIT !
2 Cor.3:6 REPEAT !
Hallelu-YAH  vs  Hallelu-YE

YaHUaH's Name is wonderful !!!
And little David against Goliath was opportunistic with it.
Yet there is widespread resistance toward His real Name.
It is like a stone the builders rejected
and like a key of knowledge, taken away.
Resistance to it is tangible Bible evidence of a "falling away"
and that His probation for you unrepentant is closing.
We just don't want you flopping down the road of life
spiritually deformed and ignorant of His Name.
Your choices have consequences.
Don't blame Him.
2Thess. 2:1-12

How dare Disobedient Religious Authorities
diminish YaHUaH's Name even tho He set it
at the TOP of His Ten Commandments &
at the TOP of His "Lord's Prayer" ?
Common sense says, those who
DO UNDERSTAND
yet disobey
are worse
than
dogs who
DON'T UNDERSTAND.
Is.56:11.


This Restoration of His Name already takes away crowns of authority
from Seminaries (& Parrots) who have enjoyed privileges while they
deprived us saints of the Name of our Elohim.  Rev. 3:11 ; Deu.29:29


YaHUah's arithmetic has never, ever failed !!   Psalms 12:6
His other truths also exult, and don't need a Superiority Complex.   They  ARE   Superior !
Let YaHUaH’s  “Word of Knowledge” here create in your Spirit enough Love or Fear, to GROW !

Student Help:  preacher@MyHolyName.com
(As a hard-copy print-out, this information
does not look so "vast & overwhelming". :o))

The Priesthood of the Believer makes you Authorized & Free !  2Cor.3:6

Scripture defines YaHUShuA as: "Elohim was manifest in the flesh".
Since Elohim had already said "My Holy Name" a dozen times, you
follow the "Spirit of Error" to continue calling Him some undefined idiom.

Deu.29:29 authorizes you & expects you to Claim His Name and Restore
His Name & Rebuke (2Tim.4:2) any Disobedient Religious Authority who
imposes some substitute in the place where He put His Name.    Jer.23:27
Pentecostals are deviant to desire "other tongues" then avoid His Name
in Hebrew.

Estrangement is usually proof-of or a symptom-of, slander.
Estrangement of His Name is proof of slander, whether by minister or demon.
Estrangement of His Name is proof of discord, whether by minister or demon.
Proverbs 6:16,19 !
Their less-informed counter-arguments offer less accuracy & love.     Lu.2:33
Unrepentant Ones get sassy but are on-record forever.  Matt.12:36 ; Mal.1:6
They can scorn our radio/TV/magazine Bibliography, but not our Revelation.
"Dogs" & "Swine" do not Comfort, -much less EDIFY ! Matt.7:6a; Matt.7:6b
A zoo-full of Leaders with Degrees & Authority, -practically hid His Name.
We mention their many violations that occurred over hundreds of years.
Scriptural threats & our redundancy pierce cold-hearted disinterest.
Our First Edition is not highly organized, but surely will be later.


Feel free to join us here to search & find & keep this Treasure of Hidden Truth.
We apologize in advance for any remarks that lack sufficient context for you.
But the Holy Spirit always adds understanding for "such as should be saved".
His Name has been scattered among obscure sources and willingly withheld.
But The Holy Spirit is a "Comforter" and continually offers "My Holy Name".
You with the purest LOVE, will gain the most Authority.      1Kings 3:26,27

We think it is important for you to wade-through (or endure) a few
pages of preliminary facts to properly introduce you to the greatest.
It helps pursuade you of the profound importance of YaHUaH's Name.
His Name is near John 3:16 as if it were a vital component of salvation !!!
You who lose interest prefer the Father of Lies.  Jn.8:44 ; Mark 4:14-19
You who mock are on the Hit List of "God Almighty".    Gal.5:19-21
"Forfeiture & Confiscation" will pick-your-fruit & take-your-crown.
Some Scriptures show that YaHUShuA can be "an hard man".
Matt. 25:24

We prefer Adonai instead of Lord, because Lord also means Baal.
Even that word "God" is berated by Elohim Almighty YaHUaH there
in Isaiah 65:11 ((translators say "troop" but YaHUaH berates "God" !))
Your research to correct us may tell you "gad", --yet "god" is the sound.
We hope you stop using the word LORD 7,000 times in place of His Name.
We sometimes say Rescuer (instead of Savior), to help strangers understand.


Your questions and modifications and edifications are happily welcome !
BUT  . . . . notify us of violations of The Word or The Spirit,
ONLY  if you can prove it, using Scripture.

Ps. The Rescuer of the World (and we) love you for your search for Truth.
Unfortunately, "Wisdom is too high for a fool", so the Truth offered here will
exceed the IQ or interest of many visitors, even though His Name is very basic.


The first two letters of those Names is:


---
For Comments, Questions and e-book copies  >>>>   EMAIL:  PREACHER@MyHolyName.com
NOTE: This website is also aka:  www.MyHolyName.com